You are here : Home > The Champagne House > A century of history

A CENTURY OF HISTORY IN AVIZE

Henry-Léopold Tabourin founded the house in 1919 in Avize. He decided to name the house Veuve J. Lanaud in tribute to his mother: the widow Marie-Josephine Lanaud.

In 1987, Mr and Mrs Gauthier bought the batiments and the cellars. They chose to keep the name of the house and its symbol: the eagle overhanging the letters VLJ. At this time, the brothers Edouard and Jonathan had their own vineyards. After few months, they decided to join their vineyards with the vineyards of the house bought by their parents and they founded just one fiscal society that they managed since 2008 : the SAS Gauthier.

Today, Edouard and Jonathan, helped by their mother and their partners, continue to develop the champagne Veuve J. Lanaud. Thanks to some fare in France and other countries, they spread out more and more the name and the notoriety of their champagne while bringing some new things like the Corail Cuvee, the only sec champagne of the range (made with 18 grams of sugar per liter). 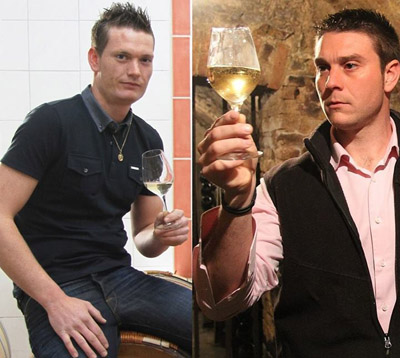 A wine domain in the heart of the vineyard

Visits and tasting :
Monday to Thursday : from 9 am to 12 am and from 2 pm to 6 pm
Friday and Saturday : from 10 to 6 pm non-stop
Sunday : with reservation only